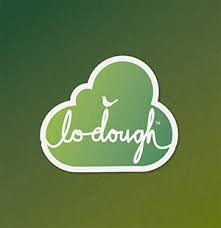 To kick off Start-Up Day we’re delighted to be joined by Ben Holden, the Co-Founder and Creative Director of Lo-Dough, winners of the e-Commerce Start-Up of the Year award at the 2017 Northern e-Commerce Awards.

In this talk Ben will be explaining how he turned his business idea into a reality.

Lo-Dough is an exciting new food tech start-up based in Rochdale. A revolutionary new bread alternative with 60% less calories and 90% less carbs than traditional bread and pastry products, Lo-Dough is sold exclusively online in a direct to consumer eCommerce model, subverting the traditional retail and distribution channels for bakery products.

After 2 years of intense R&D, Lo-Dough started trading in June 2017 and has since acquired over 60,000 customers and shipped over half a million pieces of product. eCommerce, social advertising and influencer marketing have been integral to the success of Lo-Dough.

Ben’s first foray into food innovation was with the Manchester Egg in 2010 which resulted in an explosion of national press and the birth of a new regional pub snack still widely available today. Previously Ben headed up award-winning digital agency Cahoona and started his career as Production Manager for national music industry directory, The Unsigned Guide, after graduating from Manchester University in 2002.

For more about Lo-Dough visit: https://lodough.co

Ben will be talking about what it takes to turn your idea into a business at 10am on Start-Up Day.  For more details about the day and how to book go to: